Sometimes, it’s not a question of size – but of detail. Uhing U-Clips are round clamping elements for plain shafts that, with a lithe movement, are pushed against the component […]

Sometimes, it’s not a question of size – but of detail. Uhing U-Clips are round clamping elements for plain shafts that, with a lithe movement, are pushed against the component to be secured. When released, the clip locks automatically. Simply compress with two fingers, position and release – just as easy to handle as putting a piece of salted liquorice from the bag into your mouth.

Featuring high holding forces, the clamping discs of the Uhing U-Clips exert a tight grip. Releasing is just as easy as fastening: Variants for shaft diameters between 8 and 16 mm are released directly at the clamping disc whereas variants for shaft diameters between 20 and 35 mm are released by lateral pressure on the release buttons. The Elasto Ring is a useful accessory: If, for example, the counterforce increases because the spool expanded after the Uhing U-Clip was fastened, the U-Clip may be harder to release. In this context, the Elasto-Ring available for all U-Clip sizes offers a simple solution. On hot days, we would like to have such an anti-sticking helper as an accessory for the liquorice bag. But this is probably not technically ready yet.

The Uhing U-Clip is totally different because it reaches top performance at operating temperatures of up to +50 °C. Both available variants are used for positioning on stationary or rotating shafts, for example. U-Clip is equally suited for locking components on shafts or for clamping spools on shafts or the like. It is also ideal for quick adjustment of material guides commonly used in packaging machines while, by clamping material coils, it adds the right zing to sophisticated labelling systems.

The Uhing U-Clip can be used likewise on hardened and non-hardened steel shafts. Conveniently, it is self-clamping and one hand is all that is needed to fasten or release it. During operation, it proves to be rotationally symmetrical; it does not generate any vibrations of its own so that the component runs smoothly. Compared to devices with balls and tapers, the Uhing U-Clip is highly self-locking. Its vibration resistance is also convincing. Corrosion protection makes it a durable and reliable helper for applications in a wide range of environmental conditions. Overall – a real treat! 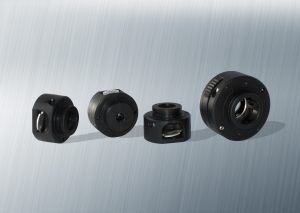 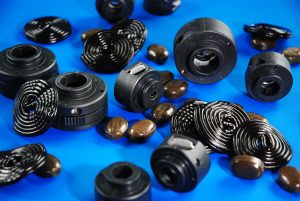 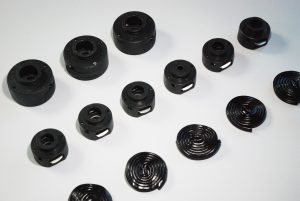 U-Clip sizes for shaft diameters between 8 and 35 mm 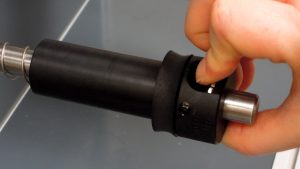 UC15 – exerting pressure on the clamping disc releases the UC 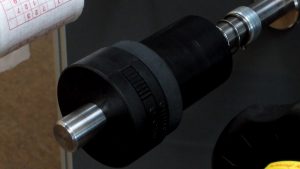 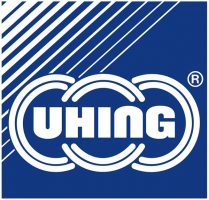