Introduction Most people who work with springs will be aware of the concept of prestressing, or at least the idea of a spring becoming shorter the first time it is […]

Most people who work with springs will be aware of the concept of prestressing, or at least the idea of a spring becoming shorter the first time it is used. However, the underlying mechanisms of why this occurs and the benefits beyond stabilising the dimensions of the spring are probably less well known. Prestressing occurs when a spring is loaded to a point where the stress in the wire is high enough that it undergoes plastic deformation but in a controlled manner. This plastic deformation causes a change in the spring, which is visible as a reduction in the free length. Note that this is different from shortening due to relaxation, which generally happens over a longer time frame (although this can be relatively quick in processes such as hot setting). However, the processes going on during prestressing, what is plastic deformation and why this is a benefit to the operation of the spring might be less well known. This article will hopefully illuminate the reader to give them a better understanding of the concept as a whole, and why prestressing springs should always be a consideration.

What happens during prestressing?

When a relatively low stress (compared to the tensile strength of the material) is applied to most metals/alloys, they act by obeying Hooke’s Law. The deflection experienced by a material (strain) under a load is directly proportional to the stress on it. This is known as the elastic region, and any material stressed in this way will return to its original dimensions after the stress is removed. This relationship holds to a certain stress, known as the yield stress or elastic limit. After this point, the relationship between the stress and strain is not directly proportional. This can be seen in the diagram of a tensile test, shown in Figure 1. This is known as the plastic region. Material stressed beyond the yield stress, into the plastic region, will not return to its original shape after the stress is removed. 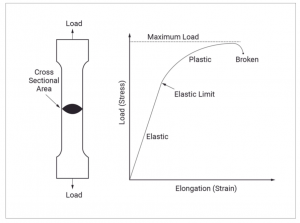 Figure 1: Plot of a standard 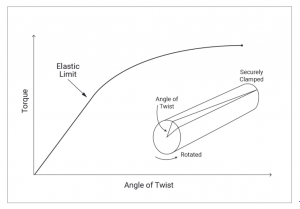 Figure 2: Plot of a standard torsion test on a wire.

This is important because when a compression spring is deflected, it achieves its linear deflection by twisting the wire. It is not the same stress distribution as in the simple torsion test (the complex helical shape leads to a higher stress on the inside coil surface than the outside as you can see in Figure 3), but for this discussion, it’s close enough. 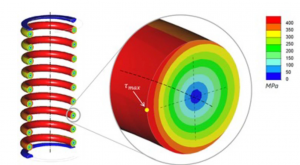 Figure 3: diagram of the stress distribution of a wire in a compression spring under load.

As we gradually increase the deflection, at some point this peak stress on the surface will exceed the elastic limit, and a small section of the material will undergo plastic deformation. If the load is removed, this section of material will not provide the same “pull back” as the rest of the wire which has remained elastic. This means that the wire will not return to the same angle of twist, and therefore the spring to the same free length, that it had previously.

This can be seen in Figure 3 which shows the behaviour in terms of the spring rather than the wire. After exceeding the yield point, the spring will unload back down the light green line and has a permanent change in length with the load released. This represents the shortening due to the prestress process. When the spring is loaded again it will trace back up the light green path, and the behaviour remains linear until it meets the original dark green curve, i.e., the prestress length. If the prestressed length is surpassed the wire will undergo even more plastic deformation. The prestressing has raised the effective elastic range, where linear behaviour is observed, increasing the usable range of the spring.

A spring that is designed to be prestressed will be more complicated and expensive to manufacture, so you might ask why we would do it. But the benefits become clear when you look at the improvements. Some improvements are more obvious than others, for example prestressing stabilises the dimensions of the spring leading to a more predictable product during operation. Most importantly, prestressing also allows a spring to work to higher stresses. By working to a higher stress, a more optimized spring design can be created, which is significantly lighter and therefore saves material costs (which are generally a significant part of the cost of most springs). There are also situations where it’s simply not possible to design a spring that fits in the space available while staying below the elastic limit. Allowing the dimensions of the surrounding component to remain the same reduces redesign costs, while still having an effective spring.

However, one other benefit of prestressing, especially in dynamically operated springs, is the residual stresses induced into the surface of the wire. Residual stresses are stresses that are inherent in the material without any external load being applied. They can be created in several ways (for example, during the coiling process, where the stresses are removed by the stress relieving heat treatment), but during prestressing they are the resultant stress caused by sections of material being plastically deformed compared to regions being elastically deformed. The plastically deformed material nearer the circumference wants to remain in a deformed state and not return to its original position. On the other hand, the elastically deformed centre wants to return to its original position. This battle induces a residual stress in the wire, and due to the direction of this stress, it is known as a beneficial stress. This means it is acting in an opposing direction to the stresses that are applied when a spring is deflected. It is probably easier to show this in an example. If a spring, after prestressing has a residual stress of 200 MPa and a load is applied to the wire which induces a theoretical stress of 800 MPa at the surface of the wire. The combined stress on the wire at the surface is only 600 MPa, as they act in different directions. It is not as simple as this in real life due to residual stresses in the wire from forming and coiling. Prestressing, in reality, might only reduce the detrimental residual stresses in the wire. It should be noted this does not reduce the load carrying capacity of the spring, only the maximum stress on the surface and it is this surface stress which would usually lead to a fatigue failure. Apart from the surface quality of the wire, the main limiting factor to the life of a spring is the stress applied. By prestressing the spring this effectively reduces this maximum stress and can significantly increase the cycle life of the spring.

If you want to keep the spring below the elastic limit, so that there is no shortening, you need to stay below what we sometimes call the “unprestressed limit”. In theory, it is not too difficult to decide where this limit is; you can take a spring and gradually deflect it further and further, releasing after each deflection and measuring the free length, and when it starts to shorten that tells you the elastic limit. But in practice, it is very difficult to determine this limit with any accuracy, and in reality, it will vary even for the same wire depending on the exact manufacturing process route.

Similarly, the maximum safe design stress (or as we sometimes refer to it, the “prestressed limit”) is also difficult to evaluate. There is no stress level above which a spring suddenly becomes unsafe; rather it will behave unpredictably and may shorten excessively and lose its shape by becoming bent or out of square. So, we have empirical limits in the spring design standards around the world that result in good, reliable, repeatable springs.

This however does lead into a bit of advice. A spring does not need to be prestressed to solid, a length slightly shorter than the minimum working height will impart all the benefits without risking overstressing it. It is typical within the spring industry to prestress a spring to solid. This is logical, as springs are generally designed to never surpass the prestress limit and the spring will be stabilised throughout its entire deflection. There are however some risks involved with prestressing to solid, if not done carefully. The main one being compressing a spring “beyond solid”, which can lead to coil damage and unwanted deformation of the coils. This could cause the spring to behave differently to predicted and even shorten the life of the spring. The other one is the difficulty of knowing what the exact prestressed limit is. This means that the higher the stress the more risk there is of the spring behaving unpredictably, even if it is not deflected beyond solid. Given these it could be more beneficial to not prestress to solid, but to a length slightly below the shortest working length, imparting all the benefits while avoiding some risks. It should be stated that done carefully, prestressing to solid should not cause any negative consequences and prestressing to a known length rather than solid can create some risks. Chief amongst these risks is the behaviour of the spring if it is deflected beyond the prestressed height during operation.

In this report, we have looked at the mechanism of prestressing and how the stress acting on the wire and the mechanical properties of the wire create benefits to the final product. The aim of this report was to give the reader a good understanding of these mechanisms and benefits of prestressing, while also looking at some of the difficulties surrounding limits. It was not intended to be an exhaustive exercise looking into all aspects of prestressing, which could form a full thesis, just a general introduction.

I hope that this article has achieved its aims and has increased your knowledge surrounding prestressing. If you are a member of IST and would like more technical information, as always, you are welcome to contact me using the contact details below. If you are not a member of IST and would like to see further articles of this nature, either regarding prestressing or another topic you are interested in, please feel free to contact me with your ideas. For more information about the benefits of IST membership click here.